Sometimes the built in microphones on VR headsets is not high enough quality for certain applications, fortunately this can be easily solved with the addition on the excellent Antlion ModMic. This is a wirefree stick on mic that can fit on any VR headset to add high end mic functionality including very effective noise cancelling. We offer Modmic as part of our VR hire services if you wish to improve your recording capability when in VR.

Most brands take an all-in-one approach, offering a combination of headphones and microphone together in a single unit, but when it comes to hunting for a headset, not everyone is keen on the idea of buying a whole new set of headphones when they’re so attached to their usual pair.

Fortunately, wireless mics like the Antlion ModMic are designed for just this kind of person – it attaches to the wearer’s favourite headphones, turning it into a headset using Bluetooth wireless functionality. This particular product follows on from the company’s ModMic 4 and 5 models, which despite earning a lot of praise for their sound quality, caused a few grievances due to the fact that you had to plug the mic into the computer, resulting in two cables – one for the headphones, one for the mic – dangling down beside you. Doing away with the wires has obviously eliminated that issue entirely. 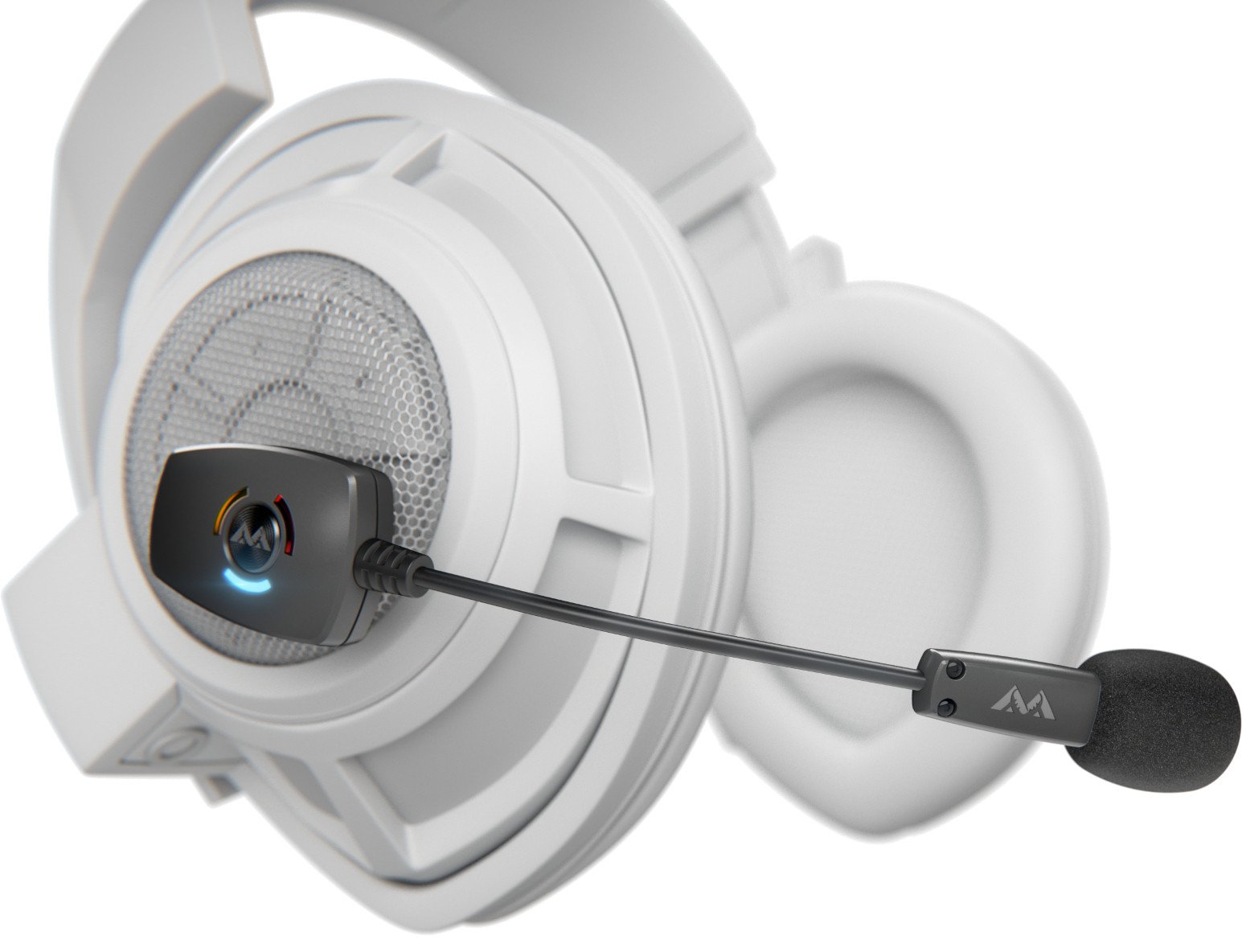 Fixing the mic to the headphones is no problem thanks to the handy magnetic clasp, and because with this particular model from Antlion there’s no need to combine the headphone and mic wires together – the clue is in the name – getting started couldn’t be easier. The boom arm is adjustable so you can place it right where you want it too – the instructions even recommend the best position to set it up in if you’re not sure.

By choosing to buy a separate microphone over a combo, you would expect the mic’s performance to be noticeably better than what you typically get with an entry-level of mid-range headset, and with the ModMic you won’t be disappointed.

Compatible with PC, Mac and PS4, the 16-bit 48KHz unit delivers great sound for a product in this price range, and is noticeably better that what you usually get from a regular gaming headset that can cost considerably more.

Because both the wired and wireless models can be fixed to any flat surface, they can also be used with VR headsets, which do have built-in microphones of their own, but they’re usually not the best. With wireless VR now an affordable possibility thanks to new releases such as the Oculus Quest, the ModMic Wireless seems an ideal companion for headset users wanting to operate cable-free without having to rely on the standard mic option.

The mic’s sound quality is partly the result of Antlion’s decision to use the aptX codec, which means very low latency around 34ms – that’s five times faster than normal Bluetooth and much less than what you get from most of the competition, which tends to be over 100ms.

It features two modes – omnidirectional for reducing background noise and unidirectional, which offers better quality but is more likely to pick up ambient sounds. You can flick between the two via a simple switch. Tapping the ModMic button activates Quick-Mute, allowing you to go silent in an instant if the need arises.

As with all wireless tech, the ModMic will need to be charged after a certain amount of time, but not as often as you might think – it can go for 12 hours on a single, and Antlion claims that even after three years of heavy use (that’s around four to six hours per day) it will still last 11 hours. There are handy LED indicators on both the receiver unit and the mic itself that show whether the mic is on or muted as well.

You won’t find any problems with range either. Antlion say they managed to get it to 100ft from the receiver in an open-air test, and even with objects/walls in the way, it’s extremely unlikely that you’ll lose connection.

All of this makes the ModMic an excellent alternative to those cheap headsets that might do the job on a basic level, but come with more than a few limitations.

With being heard and understood clearly now more important for gamers looking to improve communication with their teammates and get the edge over their opponents, the Antlion ModMic Wireless is well placed to become a must-have accessory for both casual and more serious gaming.