Can VR Make us Less Inhibited in the Virtual Space? 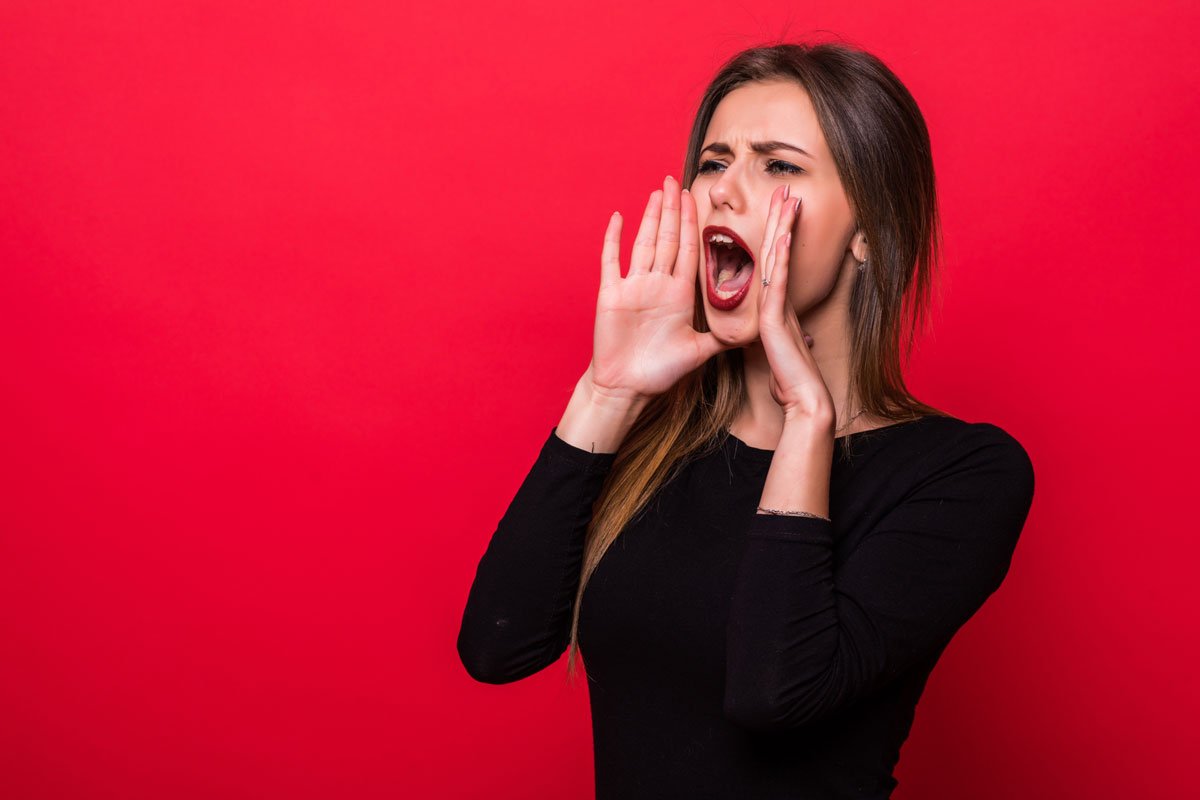 To say technology has enveloped our everyday life is not a shocking statement, advancements have led to a ubiquity of connectivity and given the affordances granted to us by technology, it is again no surprise that some interesting phenomena has arisen as a direct consequence of this. Very usually in everyday life we feel, to some degree, inhibited; be this through our own anxieties, our acceptance of self, our mood or our personality.

To feel inhibited is to feel “an inner impediment to free activity, expression or functioning”, inhibition has also been defined as a mental process imposing restraint upon behaviour or other mental processes. Now, inhibition is not all bad, it is indeed a major form of self-regulation and thus is dependent on self-awareness. One article describes active inhibition, as a conscious intentional inhibition of desires and they postulate this as a pervasive feature of everyday life and one that may be necessary for life in a civilised, cultural society (Baumeister, 2014). Conscious inhibition suppresses your urge to laugh at that person who slipped in the rain. Conscious inhibition is more so an active decision-making process, one we are aware of and one we choose. It is not an impulse or reaction, it is deliberate.

The phenomena mentioned above pertains to inhibitions being demonstrably reduced while online, a great deal of research has gone into determining exactly what about the internet contributes to this effect. John Suler in 2004 published an article entitled “The Online Disinhibition Effect”, in which he studied the attributes of interactions on the internet that contribute to this effect. Suler identified two distinct types of disinhibition that occur online, each of which are influenced by several factors. Firstly, benign disinhibition, which as the name suggests is relatively benign in its effects on others. Benign disinhibition is used to describe behaviour that may encourage people to self-disclose more frequently, more accurately, or actively go out of their way to show kindness (Lapidot-Lefler & Barak, 2015). When benign disinhibition is experienced it can provide individuals an opportunity to explore their identity and interact with others and themselves in new ways through self-actualisation, empowerment and the facilitation of personal growth.

Secondly, toxic disinhibition, which again as the name suggests, can involve behaviour that is damaging to ourselves or others including trolling and flaming (Coles and West, 2016; Alonzo & Aiken, 2004). Irrespective of what type of disinhibition is experienced or witnessed, Suler initially identified six distinct factors that contribute to this unique Online Disinhibition Effect. Each of these factors has implications and examples that can be found in the ever-evolving world of social virtual reality experiences.

Dissociative anonymity – (You don’t know me!)

Arguably the most influential factor behind the Online Disinhibition Effect. “On the internet nobody knows you’re a dog”, an idiom popularised by a cartoon in The New Yorker regarding internet anonymity is both hilarious and accurate. Anonymity allows one to separate actions they perform online from their offline self, and most importantly their real identity, to dissociate. Conversations, words and actions performed in face-to-face contexts are very easily tied to us, we said it and we were there, whereas on the internet it is possible to conceal one’s true identity making behaviour detached.

Responsibility and repercussions are reduced as we do not have to acknowledge behaviour in the full context of who we really are. Examples from historic social psychology can show us that anonymity and the reduction of personalised social cues can dramatically impact behaviour to sometimes an inhumane level (Stanford Prison Experiment; Zimbardo et al., 1969). With this though, there needs to be a clarification made between true anonymity and perceived anonymity, individuals may feel and think they are truly anonymous but the actuality is that anonymity exists more so on a continuum rather than a binary classification of anonymous or identifiable. Server logs, IP addresses, cross-referencing usernames can all lead to the actual identification of an individual from an internet interaction, what is important however for the change in behaviour, is the perception of anonymity by the individual.

The continuum of anonymity applies in Virtual Reality Experiences/Games too, when designing an avatar to represent ourselves in a world we have a huge degree of personalisation and customisation available to us: hair, clothes, gender, our name and some even offer voice modulators as standard functionality. This opens the avenue for more intense exploration of one’s identity, we appear and even perceive ourselves as distinct from our true identity; losing the inhibitions that we would usually experience in real-world contexts. We can interact with strangers without the usual fear of repercussions associated with disclosing one’s identity and interact with people so geographically dispersed the likelihood of a real-life encounter is slim to none, this also applies to toxic disinhibition, when acting out hostile feelings, the person does not have to take responsibility for those actions.

Invisibility – (You can’t see me!)

The concept of invisibility online was initially conceived with the consideration that the majority of communication over the internet, especially in 2004, consisted of text. Invisibility also exists on a continuum from total invisibility (e.g. lurking on a forum) to physical invisibility (e.g. disclosing information about oneself but you or the audience’s physicality is invisible), you are not able to see the non-verbal cues we rely on in face-to-face situations to provide context and inform the impressions we are making. When discussing a topic with someone it is oftentimes very apparent by their body language whether they are engaged with us or not, this perception is much more difficult online. Conversely, there is also a lack of a focus on controlling our own body language. When considering virtual reality experiences/games, this becomes somewhat blurry and largely can depend on the hardware available and supported by the respective experiences/games. For instance, with full-body tracking it would be possible to gauge an idea of someone’s engagement by their posture but there is a lack of more subtle cues, I.e. facial expressions. Some virtual reality experiences/games allow you express an emotion by way of facial animations, but even still it is distinct to what we would experience in the real-world, thus may lead to disinhibition.

A lot of communication online happens asynchronously, in that they do not occur in real-time. Emails and message boards are one such example, when receiving an email, we have time to review the contents, consider the contents and craft a message in a more optimal way than having a face-to-face conversation. The immediate real-time feedback from others in face-to-face contexts tends to have a powerful effect on the ongoing flow of how much individuals self-disclose. With face-to-face conversation there is an unwritten rule to respond in a timely manner, staring at the individual for two minutes while crafting the perfect response in your mind is typically considered anti-social and is a quick way to ensure you do not have many face-to-face interactions. However, online, this is perfectly acceptable and lessens the pressure that can accompany real-life conversations and thus can lead to differential presentations and experimentations with the self. This is one of the factors that when considering virtual reality may not play a huge role in disinhibiting individuals, the majority of social virtual reality experiences/games do indeed take place in real-time in an attempt, one would suppose, to create a virtual reality.

Solipsistic Introjection – (It’s all in my head)

Solipsism is a theory holding that the self can know nothing but its own modifications and that the self is the only existent thing, introjection refers to the unconscious adoption of the ideas or attitudes of others. Combine these two concepts and we see a phenomenon that occurs exclusively in computer-mediated communication, predominantly text-based. Solipsistic introjections refer to the sense that one’s mind has become merged with the mind of the individual they are communicating with. Due to the lack of non-verbal cues that are present and depended on in face-to-face interaction, communication can make the user feel merged with the writer of the text, consequently disinhibiting them as they feel they are talking to themselves (Suler, 2004).

Another aspect of solipsistic introjections, that may be more relevant for VR, is dissociative imagination that describes the creation of online characters in one’s mind leading to the creation of a fictitious “dimension” that detaches offline “facts” from the online fantasy creating almost a persona split from offline to online. Imagining the internet and communicators as a game becomes much more likely given that a lot of virtual reality products at the moment, are games, with a heavier recent focus on creating immersive social worlds. It is likely that increased exposure to social virtual reality worlds will lead to higher degrees of solipsistic introjections.

Minimisation of Status and Authority – (Your rules do not apply here)

Tying in again with the aforementioned idiom, on the internet nobody knows that you’re important, and even if they do it likely matters much less online than in face-to-face contexts. Stanley Milgram’s famed yet controversial 1963 “Obedience to Authority” experiment is a frightening testament to how deeply influential authority is to us. Authority figures in the real-world express their authority through uniform, body language, titles and where they can be found. These cues are missing when communicating online and when in a virtual reality world, and thus this inherent authority and status is lost. The demographic and socio-economic factors that impact individuals offline have much less influence online, and even if these factors are expressed you are much less likely to feel intimidated by that authority – the internet is a relatively level-playing field for the vast majority of individuals allowing you to feel disinhibited and engage with others as peers rather than as authorities.

With virtual reality there is very usually the ability to customise and alter your appearance to become whatever you desire, and this includes becoming an authority figure. You may become a police officer in virtual reality, however, do not expect people to treat you as such.

It’s clear that this Online Disinhibition Effect has applications and implications for virtual reality experiences and social worlds. These effects need to be studied empirically and for researches to examine how this impacts on VR applications, especially in the area of VR for assessment.