It’s Christmas again and what better way to celebrate this years festivities than with a virtual snowball fight in the office. We run a range of VR Christmas experiences for Christmas events and parties and can tailor the experience to whatever you need. 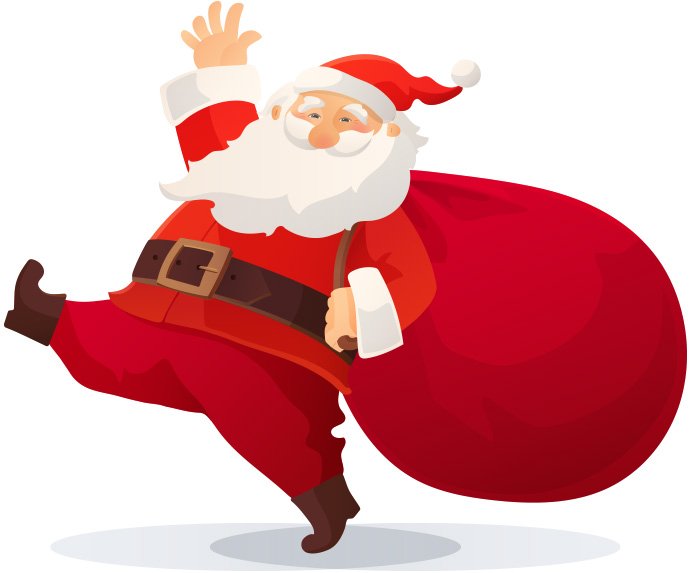 Virtual Team Building at Christmas – All From Home

We are also offering teams the chance to meet and have a Christmas team day all from the comfort of home. The magic of VR means that teams can still meet safely and work together on very fun and engaging activities as though they were in the same room. 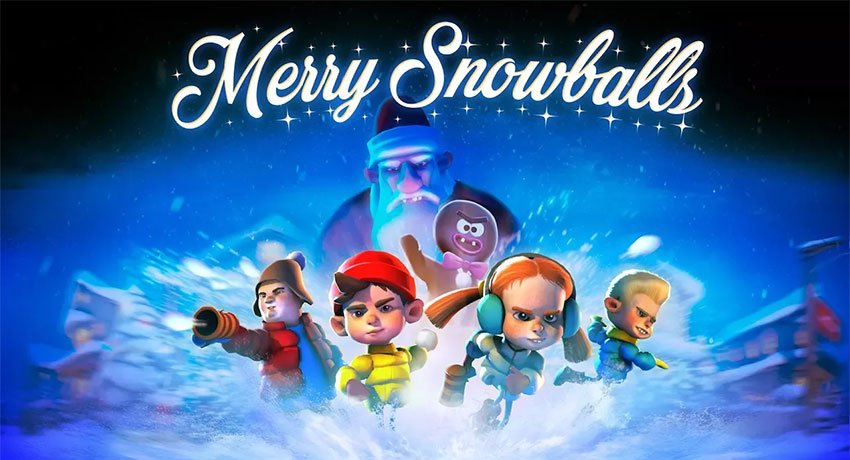 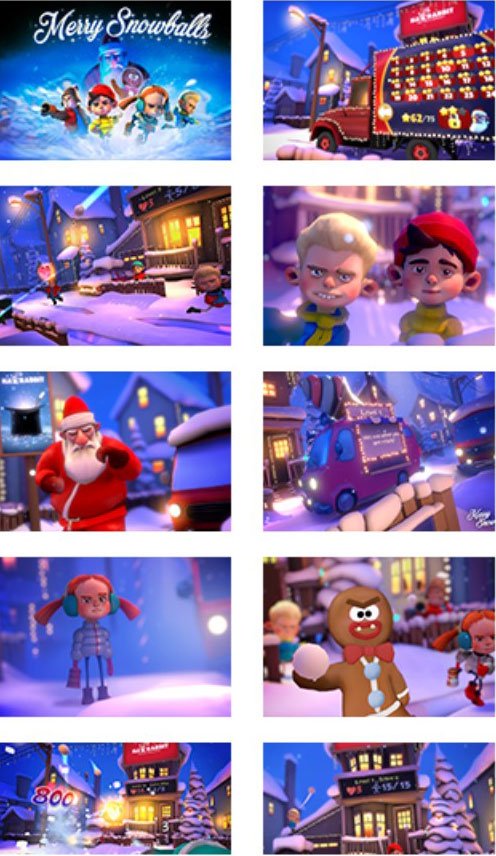 Relive your childhood snowball fights in this beautiful and action packed snowball game – this time with cool gadgets and powers you once wish you had!

Merry Snowballs to everyone!

Play through challenging levels with a variety of Gadgets & Powerups like Ice gun, Triple Snowgun, Slow Motion, Blizzard, Lighting and more. Battle against the fierce neighborhood kids, blow Angry Gingerbread men to pieces and fight your way to the end where Bad Santa awaits in an Epic Battle.

Being nice is not an option if you want to become THE MASTER OF SNOW! 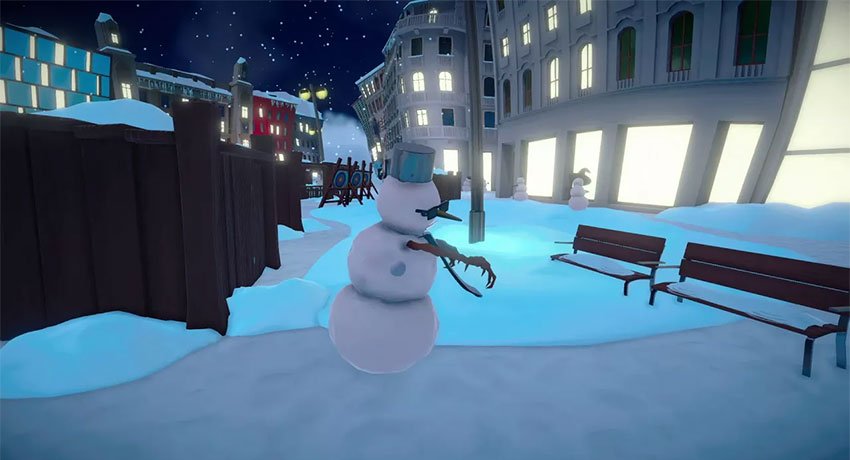 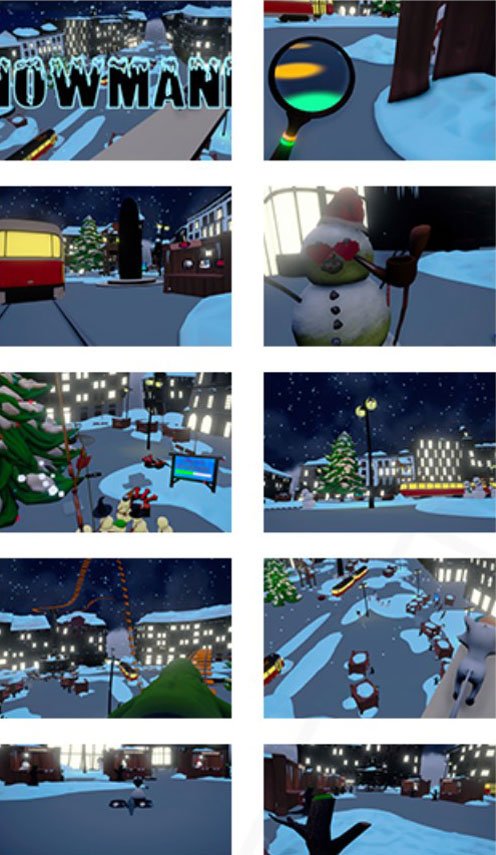 Enter the Freedom Square in Brno invaded by snowmans and enjoy the christmas mood with them by playing their minigames, look for hidden gifts or just exploring the square. You can build your own snowman, defend the christmas tree, fight with ghost snowmans and more, all in one place.

Snowmanning
Build and dress your own snowman. You can use all that’s in your reach, even if it just passes by.

Save the Kitty
Bring the kitty back to its bed and save it from falling down.

Ghost in the Snow
Find ghost of snowmans and get rid of them so they stop hunting the square.

Longbow
Defend the christmas tree from evil snowmans who wants to break it with only bow and arrows (and some fireworks which are ready for New Year’s Eve).

Roller Coaster
Take a ride around the christmas tree or above the whole square. But you should have throwing bags near you, just in case.

Hit the Target
Break the record by hitting targets with shurikens.

Finish all the minigames and unlock the locks at the famous astronomical clock. 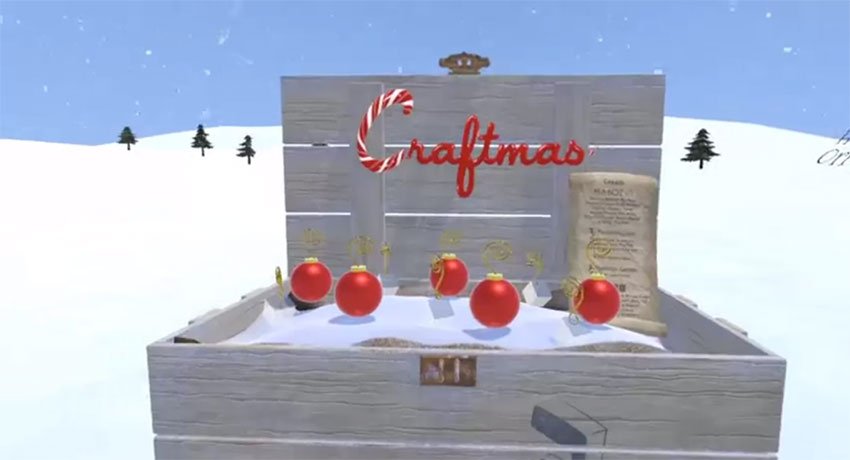 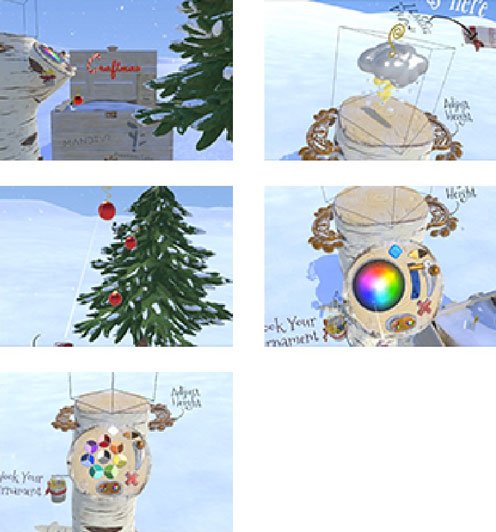 Craftmas is about sharing. We originally created it to share our love for VR with friends and family in a way that brought everyone together.

Create colorful 3D ornaments and decorate your own winter wonderland in this shareable VR experience.

Craftmas is a virtual winter wonderland where anyone can create their own colorful 3D ornaments, decorate a tree, and take pictures to share their festive world.

Whether you wish to build a simple snowman or a masterfully-engineered sleigh, Craftmas gives you the easy-to-use tools to get creative in 3D. Built for first-time VR users as well as experienced early-adopters, the Creation Station features both Easy and Advanced modes.

We created Craftmas to share our love for VR with friends and family – and now, the broader community – in a way that brings everyone together.

For those that aren’t able to build a delightful tree with you in person, you’re able to take and share snapshots of your virtual creations in-game. 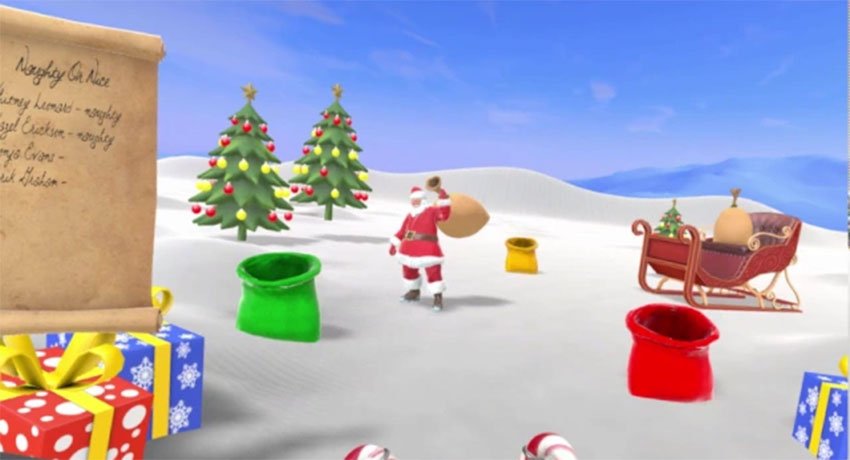 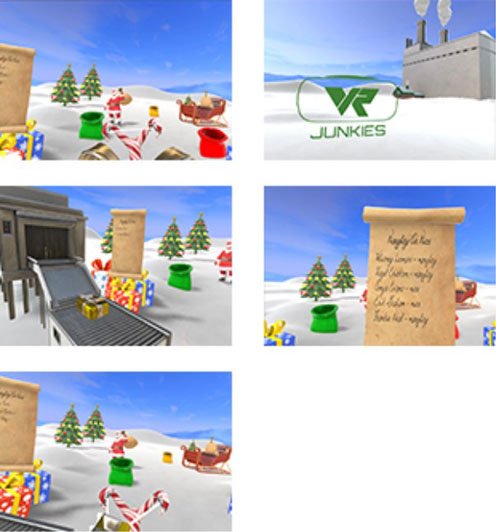 Help Santa get ready for Christmas by loading children’s gifts into Santa’s Sleigh using a magical candy cane slingshot. However do not miss otherwise the children end up on the naughty list. Made for the HTC Vive. 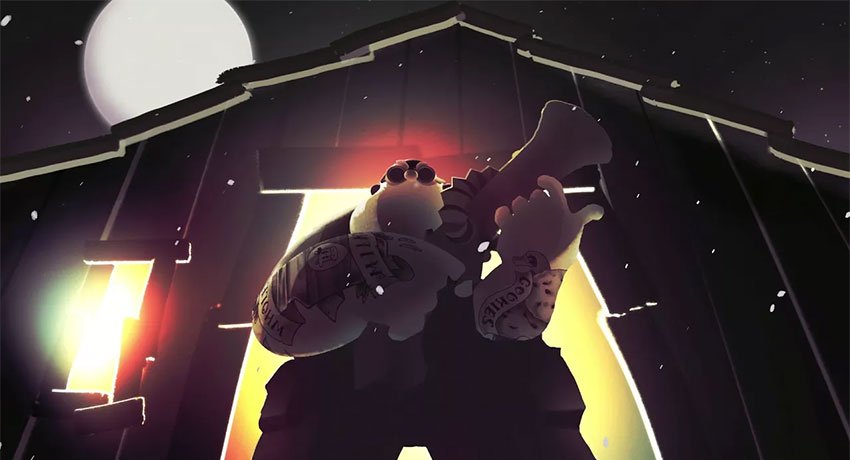 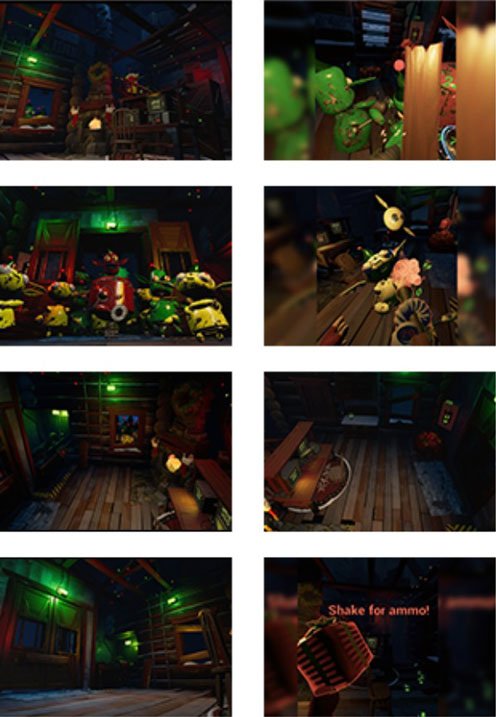 Nick is a free VR survival shooter defense game. Built in the Unreal engine, this first-person, room-scale VR experience lets users take control of a variety of weapons and tools to fight off endless waves of evil robotic elves. As Santa, users must move around the environment to set up defenses and dodge attacks to beat back the onslaught. ‘Tis the season!

The year is 2027. Civil unrest grips the North Pole. Santa Claus, a Rockefeller-ian captain of industry and a figure of hope and progress, has fallen on hard times. His once insurmountable manufacturing empire has given up massive ground to the dual-pronged threat of overseas production and digital distribution.

In order to keep up with a changing manufacturing landscape, Santa decided to automate his workshop by installing a mechanized, robotic production system led by an Artificial Intelligence named P.A.L. (Polar Algorithmic Computer). For the first few months, everything seemed copacetic. Then came an efficiency test… that Santa, by dint of being flesh and blood as opposed to mechanical marvel, inevitably failed. P.A.L. repurposed the once-peaceful robo-elf manufacturing arm into an army bent on assassination, and set out to wipe Santa from the face of the Earth. Why? To maximize profits, of course!

Enter Nick—Santa Claus’ badass survivalist alter ego. Nick’s on the run, evading and fighting P.A.L.’s robot forces as he traverses the Polar wasteland. Fueled by weapons-grade eggnog and righteous Christmas wrath, he’s made it to his final outpost: a remote satellite workshop originally meant for experimental toy R&D. Here, Nick readies his defenses, makes peace with his maker and prepares to make his last stand in. That’s where you come in… 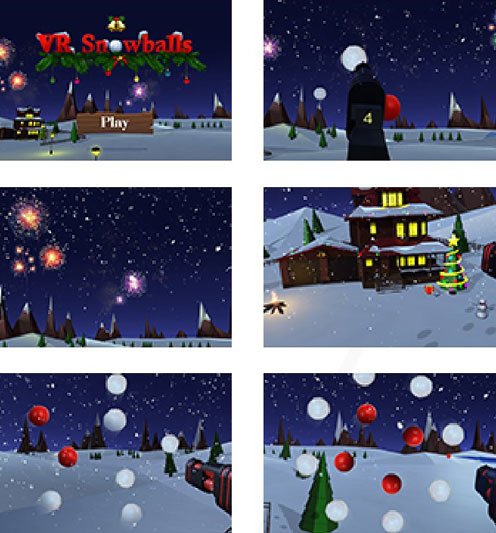 VR Snowballs is a casual shooter game that tests your reflexes & patience!

Shoot down the snowballs in this super casual Christmas themed VR game.

You’re surrounded by the puffy floating snowballs waiting to be blown up. But there’s a catch! They are not silently waiting for you to shoot’em in the face. While some move at different orientation others move in different trajectories, and that’s just the beginning of how tough it can get.

Play through 30 challenging levels where you have to shoot down all the snowballs with a toy gun in each level. The snowballs’ patterns are quite unexpected in each level making the game very engaging leaving the player longing for more.

VR Snowballs is setup in a small town like environment with a single home around. The game truly tests your reflexes & patience!