So. You’ve done your research online, you’re sold on the idea of mixed reality and you have invested in Microsoft’s flagship headset. But what exactly are you going to do with it – and which are the best apps to get the most out of this remarkable new technology?

Fear not. When the HoloLens was first made available to developers in 2016, there weren’t too many third-party apps for early-adopters to play with. There were some surprisingly impressive demonstrations from Microsoft, but it would be another year before outside developers would learn to harness the power of Microsoft’s “Holographic Processing Unit” and begin to make apps that would both wow supporters of mixed-reality and show the world how useful this technology is going to be.

Now there are literally hundreds of developers experimenting with the power of the HoloLens. Here is a rundown of some of our favorite apps available via the Microsoft Store:

HoloBlocks must be one of the simplest apps for HoloLens. Place virtual blocks, build structures with them and then knock ’em back down. Sounds like kid’s stuff, but it’s a great way to get a feel for your new HoloLens and how 3D objects behave in a mixed-reality environment. Great if you’re introducing less tech-savvy users to the world of mixed-reality. 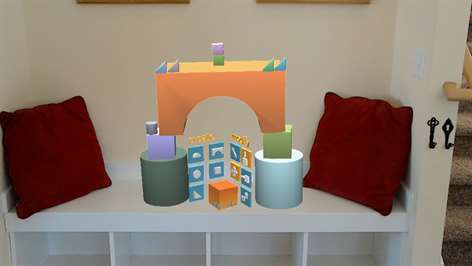 HoloTour was created by Microsoft to show off the immersive power of mixed reality and uses 360-degree video, spatial sound and holographic scenery to transport you to other parts of the planet and past times in history! Walk around the Colosseum or visit Machu Picchu with your personal tour guide, Melissa, and experience perspectives otherwise impossible.

Fancy yourself as a graffiti artist but not interested in a scrape with the law? HoloBrush simply emulates the action of a spray can using the air tap gesture to trigger the virtual spray paint. While tradition paint apps would have you spraying against a 2D wall, HoloBrush takes advantage of the HoloLens’ inertial measurement unit to allow you to paint in full 3D – meaning your art has depth!

Robo Raid offers exactly what many users are hoping for from mixed-reality. Developed by Microsoft themselves, this early HoloLens app involves shooting ever increasing waves of killer robots as they fly towards you and shoot lasers. Think Space Invaders brought into the 21st century.

Taking full advantage of the possibilities of mixed reality, this first-person shooter sees enemies bursting through your living room walls, combining real-life elements and virtual ones as mixed reality should. You aim by directing your gaze, fire your weapon by air tapping, dodge enemy fire by moving around your space and say “X-Ray!” to use your power-up. In other words, this game is designed to take full-advantage of the capabilities of the hardware and is a must-try for anyone getting started with HoloLens.

The TV program CSI promised us that mixed reality, holographic displays and futuristic headsets would appear at the crime scenes of the future. Fragments allows you to try it out for yourself.

With HoloLens and mixed reality, the characters in this immersive, story driven detective game appear in your own space instead of a fictional game world. Imagine talking to an in-game character as she sits on your sofa! Clues to the murder could be posted on your wall, hidden behind the sofa or sat on your coffee table.

By combining both persuasive visuals and emotional storytelling, Fragments demonstrates the immersive power of mixed reality.

VMS Trainer is a powerful training scenario creation tool in which you are able to use a series of shapes in order to complete the task. Each shape will be shown to the user in order and will have to be places in the correct spot before moving on to the next set. The beauty of VMS trainer is its entrusting of the tools to make the resources yourself, inside the HoloLens. This kind of tool is very few and far between and streamlines the experience to ensure creation is easy and worthwhile for the users. It is great for both teachers and students to use and create their own assets to suit any particular need. Each step can be accompanied by text to give instructions or hints towards the end goal.

VMS Trainer is $99.99 or £83.49 and is well worth the investment to unleash the power of this programme for students and teachers alike. 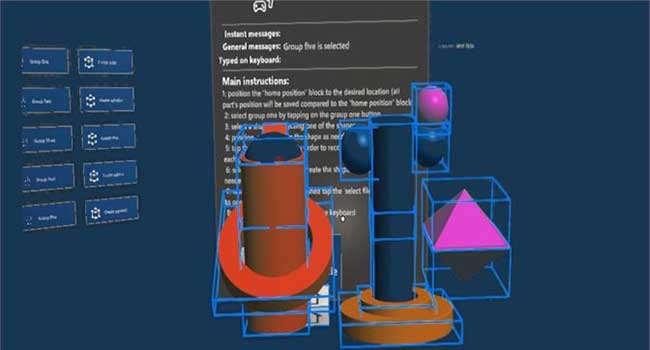 HoloLens can be a tool in the field of education and this app proves it. HoloAnatomy allows users to view full-scale anatomical models and gain a better understanding of how the human body functions. As well as the useful 3D models which can be viewed from any angle, a virtual narrator is also included to guide you through learning objectives.

A simple diagram may once have gotten the point across, but now medical students can get up-close and personal with the systems of the human body, no cadaver required.

If you’re anything like us, video streaming is one of the main ways you consume content these days. Jumping into Microsoft Edge seems like the obvious choice for YouTube streaming on HoloLens, but HoloTube offers an easier to use dedicated UI, better image quality, and superior performance when watching 360-degree videos. Imagine watching 4K videos on a floating virtual screen that’s as big as your wall… 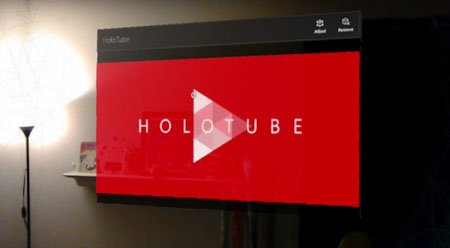 Sometimes, you need to be able to show someone an environment without them actually being there. Holo Property offers a solution to this challenge and allows property developers and estate agents to showcase their properties to potential clients without taking them to inconvenient locations or unsafe building sites. Even buildings which are yet to be constructed can be visualised in realistic 3D, leaving clients with a strong impression of the qualities of the space.

This is a high-value application that shows how HoloLens and mixed reality will transform even the most established industries. 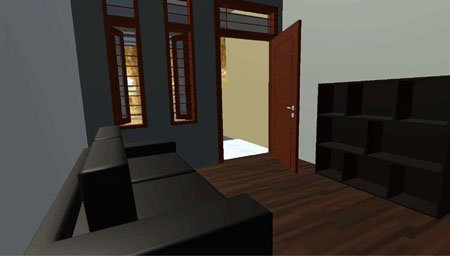 White Cane is a special application that we had to include in this rundown because it shows us the potential life-changing power of mixed reality. White Cane is an experimental app for blind people, which uses HoloLen’s cameras and AI to detect surfaces around the user and plays different sounds depending on the type of surface ahead. Users hear one sound if they are approaching a wall, another if space ahead is clear. While White Cane is just a proof of concept at the moment, it shows us the important challenges that could be overcome using mixed reality.

Hopefully that gives you an idea of some of the exciting ways in which mixed reality is being used for fun, profit and the benefit of people. It’s just the beginning for mixed reality, so watch this space. 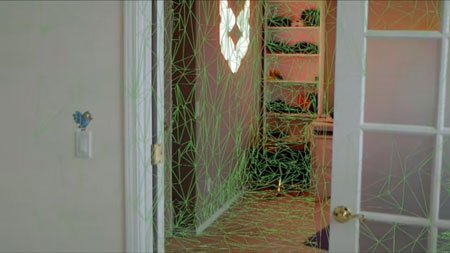 We Offer A Special Hololens Education Package For Schools and Colleges

As Hololens experts we can support schools wishing to give students a headstart in experiencing and using this technology.

With this in mind we offer very attractive packages for schools and support to help them bring this to their students.

Talk to us now about bring Hololens to your school, we can work with schools in the US, EU or Singapore.

As learning development professionals with long careers in L&D, we are able to offer a comprehensive range of soft skills training that will suit most client needs.

If there is something specific you would like to run, talk to us and we will be happy to look at developing a course for your specific needs.

To download our VR Soft Skills training brochure simply click on the button below and enter in your details.