Is VR the future of team building?

The benefits of team building to a business has long been proven, even if it isn’t always to everyone’s liking.

It can be a highly effective way of generating and maintaining a positive working environment and getting staff to form new bonds with each other. Employees will learn more about their colleagues, including their strengths and weaknesses, and depending on what is chosen as the activity or theme, the participants may end up improving communication between them, boost important skills such as time management and generally strengthen their relationships, which can only be a good thing.

But the thought of finding an activity that will please the whole group is enough to test even the most competent HR person. What so many don’t realise though, is that virtual reality (VR) technology can be a great solution to just this sort of problem. 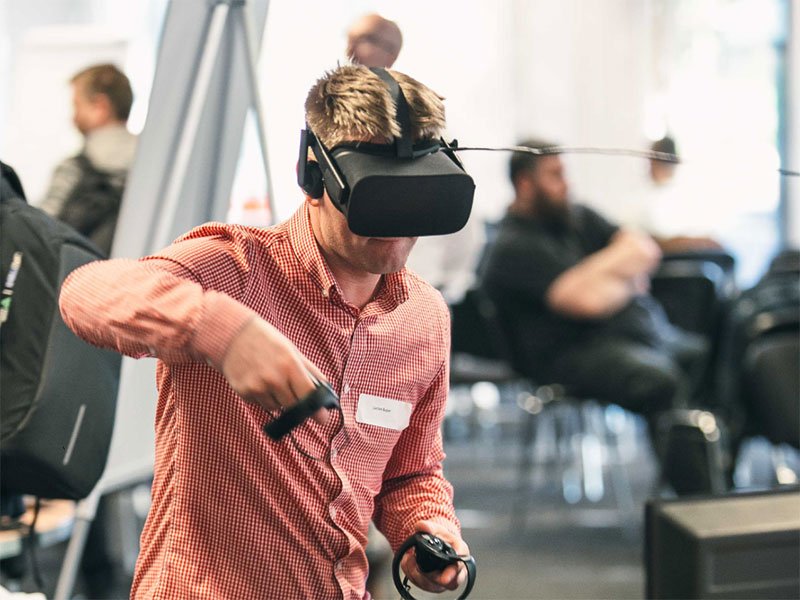 Virtual reality is a platform that enables groups to partake in a wide variety of activities through a single system, from problem solving and creative tasks to high-pressure scenarios that can only be completed through close collaboration.

VR can deliver numerous advantages over the kinds of team building offerings that we’re used to seeing. One of the limitations of traditional team building practices is that they usually involve just one activity for what can be several hours. This is fine if everybody is happy to do that, but as corporate groups are usually quite diverse, with different personality types and interests, it can be difficult to find something that appeals to all.

But with VR, it is possible to make a variety of environments available at the flick of a switch. So, if it looks like the participants don’t seem to be enjoying one task, it doesn’t matter – just try something else.

And because it can be difficult to find something that appeals to everyone – half of the group might favour cognitive challenges, the other physical – you can customise the experience so both categories are covered.

Going on a team building day can be a logistical challenge as well, especially when outdoor activities are part of the itinerary. Instead of expecting people to sit on a four-hour coach trip to the Lake District, VR can bring the experience right to the office or a location nearer to the usual place of work, saving time, cost and overall hassle. It can be a more environmentally friendly option too with less travel involved, which may appeal to companies who are keen to lower their carbon footprint. 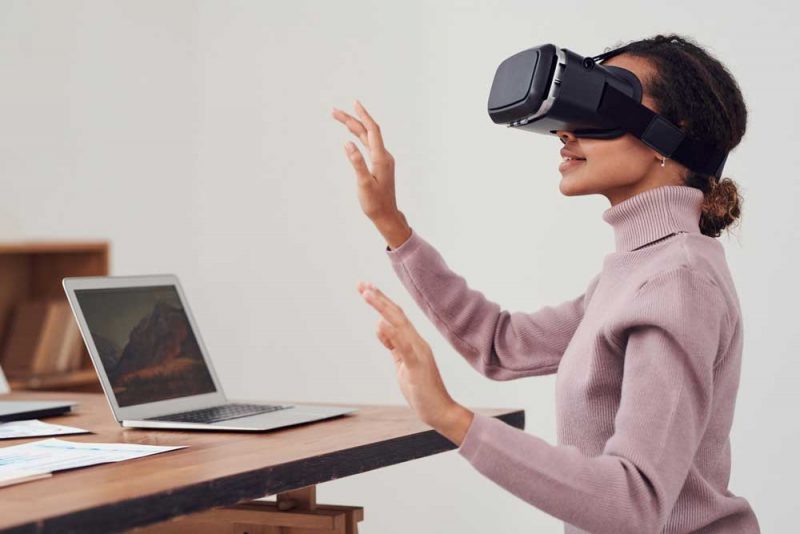 A solution for the digital age

With tech and gadgets now such an integral part of our lives, VR is becoming a more attractive prospect for people who have learnt to embrace tech in other ways. So, while it can be a strange thing to experience for the first time, people are more likely to see the appeal of virtual team building now – helped by the fact that general awareness of the technology is much improved compared to just a few years ago.

It’s becoming more affordable too, even if not everybody realises it. VR is still perceived as being too expensive or requiring a high-spec PC to run it on, but it has started to become much more accessible over the past couple of years. While the high-end headsets do still need a decent amount of processing power to run, new models such as the all-in-one Oculus Quest are making it much easier for people to get their hands on this tech.

Because VR takes place in a virtual world, it can be a great place to learn and have new experiences when the participants knows they are in a safe environment with no physical real-world consequences to their actions. For example, balancing on a beam hundreds of feet off the ground (like in the VR game Richie’s Plank Experience, which is great for team building) might be a scary prospect for somebody with a fear of heights (or anyone for that matter), but doing this in VR might be more favourable as they know they’re not in any real danger, no matter how realistic the simulation.

But that doesn’t mean to say that what is done in VR has no effect on reality whatsoever, of course, otherwise it really wouldn’t have much use as a team building tool at all. The activity that they’re visualising themselves doing might not be real, but the learning that they take from it, and that feeling of having solved a problem together in an enjoyable environment, will be.

It doesn’t have to be the primary team building activity either. A lot of firms have found VR most useful as a supporting tool to more standard training, which can become fatiguing after long periods. It can help break up the monotony of PowerPoint presentations and flipchart exercises, giving participants something fun to do halfway through the day or at the end of proceedings, while also furthering the team building process.

The growing versatility of virtual reality and its expansion from the consumer to the corporate world is making this an increasingly appealing technology for businesses, both for work and play. So, when the time comes to arrange your next team building session, make sure you add virtual reality to the list of options. It really is a game changer.