Real life, venue-based escape room experiences have been trending since 2010. They offer the public the chance to solve puzzles as a group in spooky dungeons, creepy jails and on awe-inspiring spaceships.

People queue up to play with friends, while the activity has also proven to be a popular virtual reality team building experience to do with work colleagues. Transporting the team, even virtually, to another world can help them to forget about office politics for a while.

What some people don’t realise, however, is that these real life escape rooms were originally modelled on the niche “puzzler” video game sub-genre, in which solving riddles and puzzles replaced combat as the method of progression through the game. 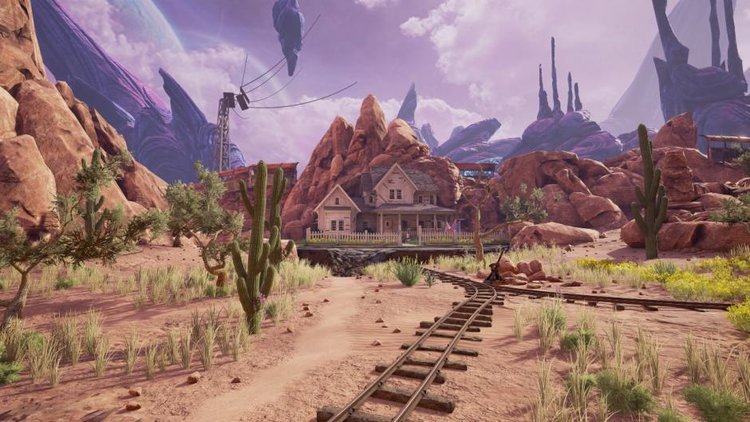 With virtual reality setups becoming more prevalent with gamers, the once-popular puzzler genre is now enjoying a resurgence, with real life escape rooms also incorporating virtual reality technology into their own offerings. The popularity of escape rooms combined with the wow factor of VR has made puzzlers fun once again.

For those of you keen to try some VR escape room games at home, or as part of a VR team building event, here is a rundown of games we urge you try.

They are each compatible with both the HTC Vive and Oculus Rift setups and we run a selection either at your office or our own location in East London.

Belko VR is an escape room game that was created to help promote the movie The Belko Experiment, but is a enjoyable game in it’s own right.

The premise of the game is that the player is an office worker with 15 minutes in which to solve a series of puzzles – before a microchip in their head explodes. The time limit means that there isn’t a whole load of play time with this game, though two potential endings mean that there is some replay value. The short length, however, makes this an ideal game for virtual reality team building exercises where participants may not be able to play a longer game.

Belko VR is completely free, making it the ideal title for those just starting to get interested in the genre.

Puzzle games don’t have to be eerie, but for those of us who grew up playing Resident Evil and Silent Hill, we want them to be downright terrifying.

Some scary games and films aim make you jump, but Nevrosa: Prelude tries another avenue. The developers instead play up the consequences of getting the puzzle wrong to start you sweating. Imagine the SAW movie franchise and you’ll have some idea of how this VR game manages to get the goosebumps going.

Nevrosa: Prelude, as the title suggests is not a full game, but an intro. It’s free to play, plus if you enjoy it, you can buy the full Nevrose: Escape game on Steam for less than a tenner.

While ABODE is an indie game with simple graphics, the puzzles contained still entertain.

The VR exclusive title is set in a sci-fi noir environment and in typical escape room style, players are required to solve a series of increasingly tricky puzzles in order to get the code and escape the room.

While this title only includes the one room to escape, this is reflected in the low price. Worth a try if you fancy supporting an indie developer.

The makers of ABODE didn’t stop there. They also offer a game called Conductor for VR fans using Steam.

Taking a more puzzle/adventure approach than they did when making ABODE, Conductor includes multiple locations and the unique game mechanic of controlling a model train set to move from location to location.

Along with a gravity gun for transporting objects in the game, Conductor makes up for it’s simple graphics with original gameplay mechanics.

SVRViVE brings an unearthly theme to the puzzle game niche.

While the experience begins as a simple escape room game, players are soon teleported to larger environments in which alien overlords insist the player solves puzzles in order to get back to their life on Earth.

Fun for all the family – Fantastic Contraption

Fantastic Contraption eschews suspense and horror for their puzzle game, instead basing their challenges around the laws of physics.

Suitable for all ages, Fantastic Corporation challenges players to move puzzle pieces from one location to another – but they’ll have to navigate a series of pitfalls and obstacles to do so.

The genius stroke to this title is the user-generated content. Since fans enjoyed the levels of the game so much, the developers added a level editor which meant that players could build their own levels to share online. This means that there is loads more to play through when you’re done with the main game.

Because of the intuitive and whimsical nature of the game, this can be a fun one for VR team building sessions.

From the creators of Myst – Obduction

Those of you who have been enticed by puzzle games for a while may well be old enough to remember Myst. One of the most popular titles ever to grace the genre (and once the best-selling video game of all time), Myst was available on pretty much every games console and spawned a series of sequels.

While some developers take the term “escape room” literally, Obduction sees players travelling across much larger environments, while still solving puzzles in order to escape the pitfalls of the game environment. A must play for anyone with a serious interest in the genre.

Virtual reality has breathed a new lease of life into escape room games and the puzzler genre in general.

Real-life escape room games continue to be popular in town centers, but even they are seeing that virtual reality technology can make the experience more exciting and convincing than actors and props can.

With VR adoption continuing to grow amongst gamers, we expect to see more players opting to use virtual reality with these types of games, be it for virtual reality team building fun or just a way to while away a couple of hours after a long day in the office.