Here at VRE we are always on the lookout for new and interesting games that exemplify both vr teambuilding and immersive experiences. A game that recently cropped up is called Spaceteam VR and after trying it out we decided to chare some of our thoughts. 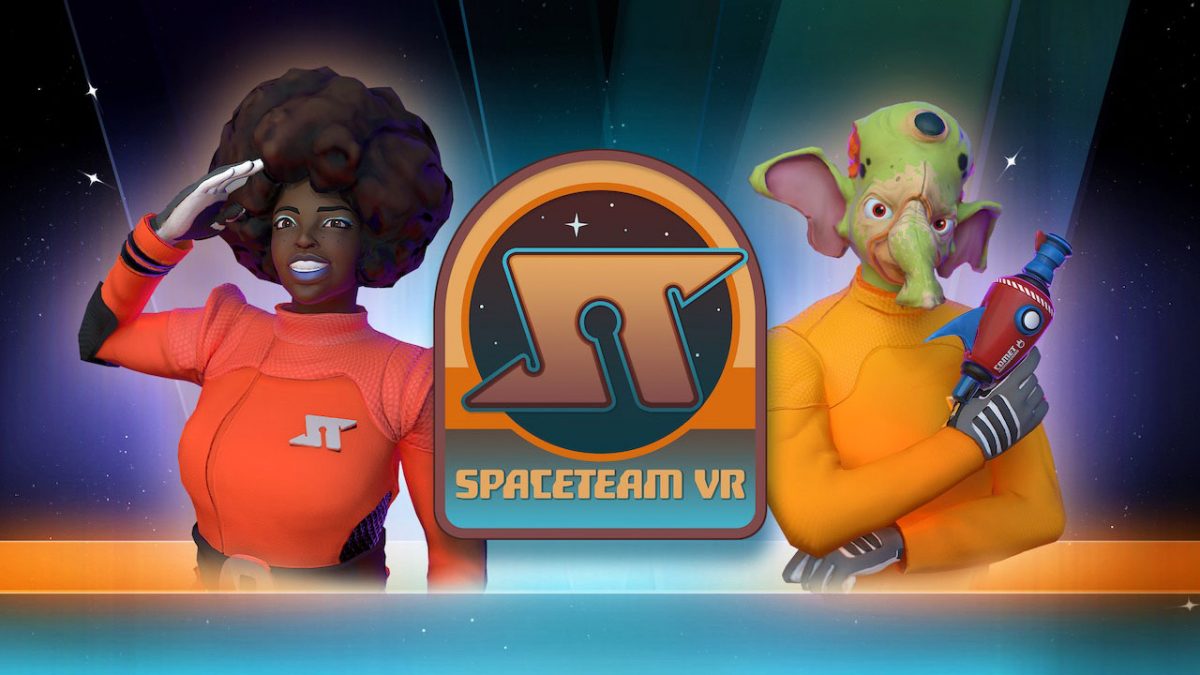 What is Spaceteam VR?

Spaceteam VR is a hectic, cooperative experience meant in the best way possible. Where up to a team of six people can become a crew and work together. The goal of this game is to escape off planet by completing a variety of different tasks varying from pushing a button on and off to more complex tasks such a putting out fires or fixing your console. Instructions are listed on a screen overhead, and this is where it becomes a lot more cooperative. Instead of just reading your own tasks and using your own individual consoles to escape, orders relating to your teammates consoles will arise, resulting in a lot of interpretation and communication to be needed. From fixing a plethora of technical and engineering problems, to just being asked to dance and sound your air horns, the vast mix of tasks are quite amusing and the overall confusion of not being able to remember who has what button and what was said. 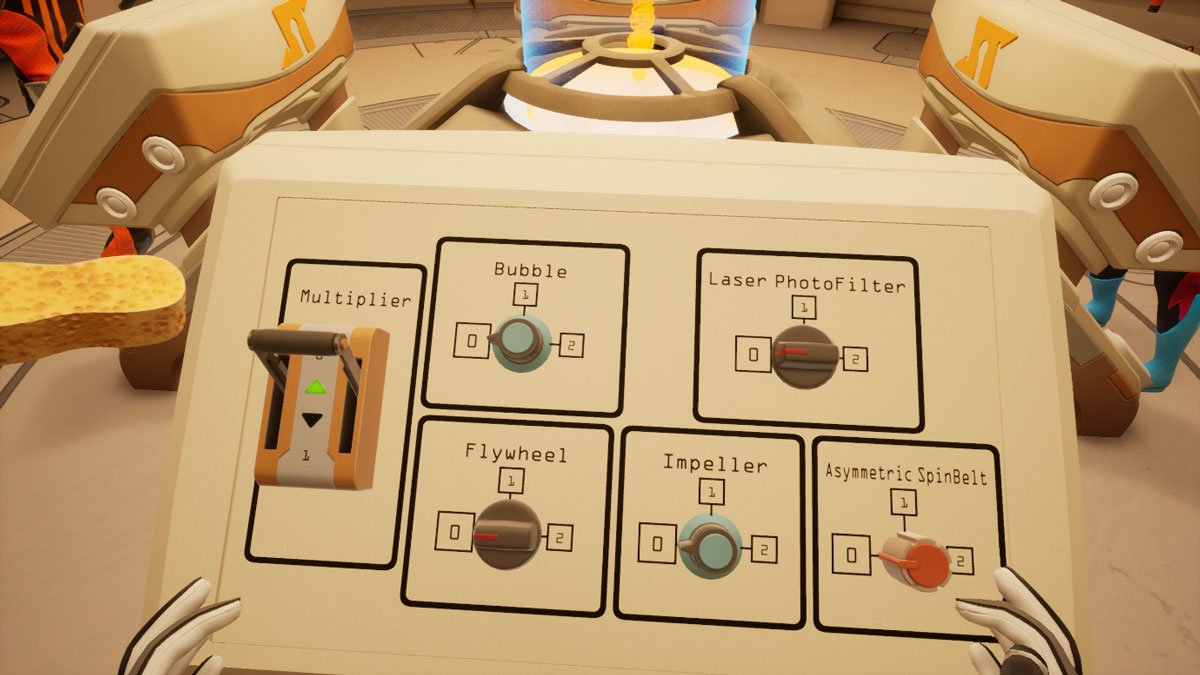 Along with these tasks there are also other little distractor events that happen throughout the game. Including finding little aliens that mess with the console you are using resulting in you having to clean it. As well as disposing of drones that will stop at nothing but to break your console making it unusable. It is your crews’ job to decide who is in the best position amid the chaos to deal with the nuisances.

Along with feeling like you are floating through space fixing any issues thrown your way the avatar customisation allows you to have a full in game body which only expands the immersion.

Spaceteam VR is built around cooperation and communication without any of them the game would never be completed, and failure of tasks will almost always be certain. This is a form of team building known as structured team building. This is where the activities have a variety of interdependences built into them. It allows the group of people in the game to immediately start team working from the get-go. This is apparent in Spaceteam VR as teams have to speak to each other about what to alter on their consoles or who to delegate when having to deal with an issue. This is useful as certain traits such as leadership and communication will become more noticeable due to their forced requirement so teams can succeed. Without this structure and features to promote team working, groups of people could potentially fall into individualistic tendencies where they try to complete the tasks all on their own and end up becoming overwhelmed and losing the game. 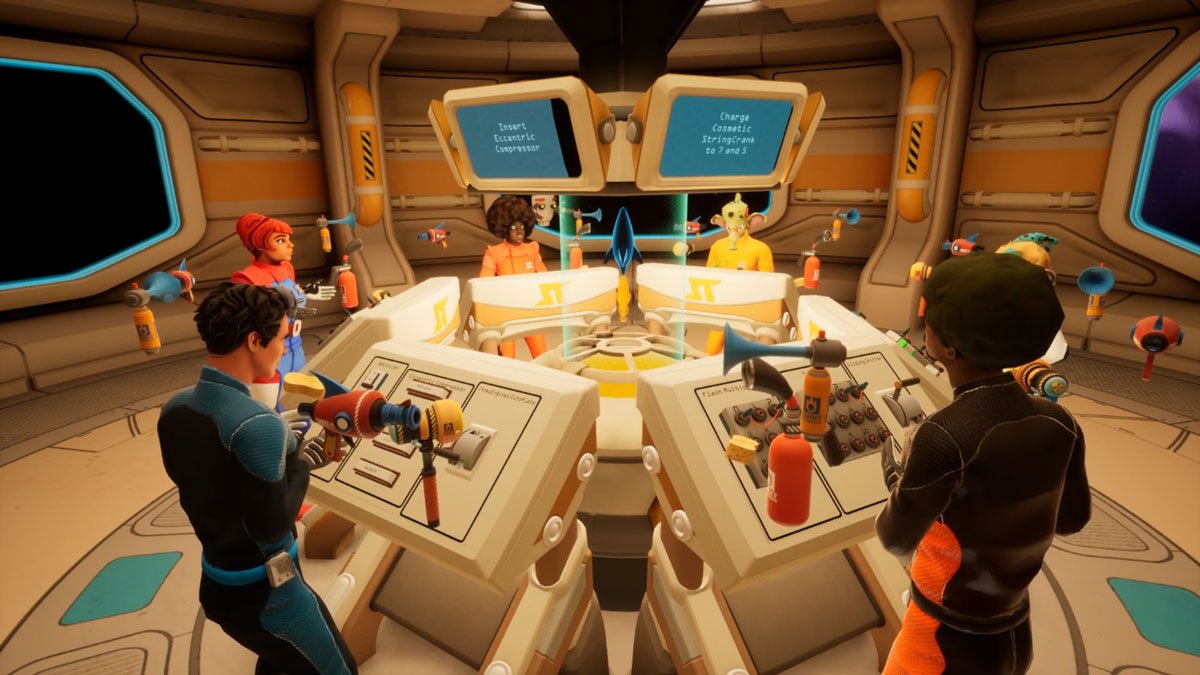 What Spaceteam VR also adds is that boost in emotional relationships between groups of people. Whether that be a group of friends or a random match online, it allows an all-around feeling of engagement and belonging in a team when they complete the mission or beat their high score. Which is a vital part for building real relationships. This has been found in research including Greitemeyer & Mügge (2014) and Cunningham et al, (2015). Having the ability to easily reset and restart the match allows teams to talk about how they can approach Spaceteam’s immersive chaos.

Other research (Ballestin et al, 2020) suggests that the mix of immersive gameplay and interesting tasks would supply an enjoyable experience for all the team and a boost to a team’s efficacy. This is another strength of Spaceteam VR as the complex tasks and everchanging events provide the players with an enjoyable session where they are at full attention and ready to interact.

We think Spaceteam is a great VR experience and a fun and humorous way for teams to meet and work on a common goal.

Here at VRE we have built our own multiplayer VR teambuilding experience, this advanced platform is also a data analytics engine and allows us to assess teams and leaders in a number of ways. If you would like to objectively explore how your teams and leaders function together get in touch or visit our VR team and leadership assessment page.