The top end of the enterprise VR market has become a bit of a crowded marketplace lately, so when Finnish manufacturer Varjo unveiled its debut product offering back in February 2019, with the VR-1 headset, the company needed a unique selling point to ensure it would stand out among the established competition.

Fortunately, it had a big one up its sleeve. The launch of the VR-1 marked the start of what Varjo is calling its ‘Resolution Revolution’, which refers to its ability to provide human-eye resolution – over 60 PPD (pixels per degree) – that comfortably exceeds what most other models are capable of. Just eight months later, two more headsets were added to the product line – the VR-2 and VR-2 Pro.

Let’s take a closer look at what Varjo has brought to the table with its new technology, and how these latest additions have raised the bar higher still.

Like the VR-1, the VR-2 Pro feature a ‘Bionic Display’, which is what creates the ‘retina’ resolution in the middle of the field of view. One of the main upgrades to this is a prism diffuser film for the peripheral display, which is designed to eliminate the dreaded ‘screen door effect’ that plagues many other headsets.

The human-eye resolution comes from the use of two displays for each eye within the headset – a small foveal (focus) display located in the centre surrounded by a much larger peripheral (context) display. This, combined with an 87-degree field of view, really does add to the realism.

Noticeable other improvements have been made in the display since the release of the VR-1. The enhanced calibration between the focus and context visual areas makes using the headset feel much more natural with a cleaner blend between the two. 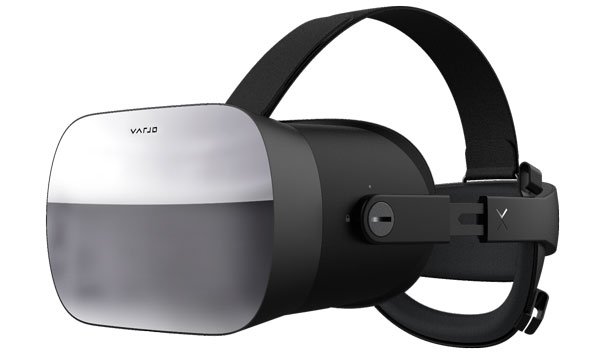 The level of detail this all leads to is quite extraordinary compared to many other models out there. Information that would be blurred or difficult to make out on traditional headsets can be viewed with startling clarity. Side-by-side screenshot comparisons showing differences between a piece of content viewed through a Varjo and another leading brand can be seen on the company’s website, and the variation is plain to see.

Its 20/20 Eye Tracker feature has also been given an upgrade, leading to more responsive and accurate calibration performance. There are many ways that applications can make use of this functionality, for example allowing the user to view an object, focus on it and bring up specific information about the object, with a much quicker response than what we’re used to seeing.

Although working like this would clearly have its advantages in certain industries, it does take a bit of getting used to. First time users may find the process hard to adapt to initially – establishing the correct eye level for the headset to fully calibrate with each individual user can take time, and training one’s eyes to not flit about and cause unintended actions can be a strange experience for those not familiar with this kind of technology, but most people should be able to adapt after a few minutes of practice.

Bu supporting SteamVR content as well as the OpenVR development platform, Varjo is giving its users access to an extremely wide array of hardware and software, which also further broadens the industrial applications that this tech is suitable for.

This will be good news particularly for design-focused professionals, as it means the device will work with packages such as Luxion KeyVR, Gravity Sketch and Mindesk VR, while those in the architectural space will surely welcome its compatibility with Iris VR, Enscape and similar programs.

It should be noted, however, that SteamVR apps are not yet compatible with the unique foveal display – they instead recognise the device as a uniform-resolution headset currently. Also, SteamVR content will only render at approximately 40 PPD, but if the user has a good enough GPU they can crank it up to around 60 if they so wish.

The main difference between the VR-2 and VR-2 Pro is that the Pro model comes with Ultraleap (previously known as Leap Motion) hand tracking technology already built in. This is a good move, as many users of the original headset were adding Leap Motion on as an extra themselves, so there’s clearly a demand for having it already available. Ultraleap is also especially useful for professionals who, as part of their VR training, will be interacting with physical controllers, switches etc.

Perhaps unsurprisingly though, these devices do require a fair amount of processing power, and this, along with the rather hefty price tag, explains why this is the very definition of a high-end device for serious enterprise use.

But if spending over $5,000 on a device is within your budget, and you want to be getting the very best for that kind of outlay – which you really will when you consider what’s on offer here – then the VR-2 and VR-2 Pro should definitely be on your list of contenders.