Seeing The Matrix was many a geek’s first time imagining people living out their existences in a life-like virtual world. Ever since that seminal film graced the silver screen in 1999, sci-fi fans and luddites alike have pondered how human culture will evolve when virtual reality and virtual worlds inevitably become more immersive, more convincing and more widely adopted, not just by gamers, but by people from all walks of life.

With high-end virtual reality equipment now widely available and becoming relatively affordable, and with virtual reality and augmented reality being embraced by businesses, enthusiasts and consumers in droves, it’s the perfect time to revisit the idea of a VR-powered future once again. This time, Steven Spielberg presents an action sci-fi film for a younger audience, called “Ready Player One”.

Unlike The Matrix, however, the virtual world that exists in Ready Player One is of human (not AI) design and it’s users are well aware that they are existing in cyberspace. Rather than unwittingly living in a virtual world, the people in Ready Player One choose to live life in the OASIS. “People come to the OASIS for all the things they can do”, the lead character explains, “but they stay because of all the things they can be”. This makes the movie a slightly more probable vision of what we can expect from VR in the coming years.

Premiering in cinemas on March 30th, Ready Player One is based on the 2011 novel of the same name, by Ernest Cline.

The story sees our young hero, Wade Watts (played by Tye Sheridan of X-Men: Apocalypse fame), living in a familiar world where over-reliance on fossil fuels and the damaging effects of global warming have caused much of mankind to seek a new life in a virtual environment called the OASIS.

When the creator of the OASIS dies, Wade enters the race to discover an Easter egg left behind by the deceased programmer. Whoever gets to the Easter egg first will inherit control of the OASIS universe, as well being able to claim the creator’s vast fortune. As you can imagine, our protagonist has to face some powerful enemies during his quest to conquer cyberspace.

For part of the family-friendly movie, characters are depicted in the real world, wearing their VR headsets, reminiscent of some of the early Oculus Rift designs. The other part of the show is set in the virtual world, where characters appear as avatars created roughly in their own image.

The film’s characters wave controllers wildly in their real world, actions explained by the explosive goings on in the virtual world. Perhaps parents and partners who get dragged to the cinema on opening night will come out with a better idea of what their loved ones are up to when they’re sat on the sofa behaving strangely, hooked up to their HTC Vive or PSVR headsets.

The author of the original book on which the film is based is Ernie Cline, who argues that many of us already live our lives predominantly in the virtual world. People in all industries increasingly use the Internet to make a living, we do so much shopping online that high streets across UK are struggling and Facebook has replaced the village pub as the place to go to socialise with friends.

The real, physical world (or “meatspace” as it’s sometimes called by cyber-punks) is becoming less relevant, Cline argues, to the way in which build careers, consume information and portray ourselves. This idea of Cline’s, combined with rapid improvements in the realism of video games led him to conclude that it’s inevitable that virtual worlds will play a huge role in our cultures in the near future. The widespread adoption of high-end consumer technology, such as smartphones, offers an extra clue – it’s most likely that the vast majority of us are going to opt-in for unfettered access to network-connected virtual spaces just as we’ve absolutely adopted technology in most other areas of our lives.

As well as prompting thoughts amongst more mature audience members about the role of virtual reality in our culture and the ownership of virtual space, the movie’s hi-octane story gives us all a glimpse of “a place where the limits of reality are your own imagination”, to quote the lead character again. Spielberg and his team went to town to visualise the fantastical scenarios that are possible for characters to experience in the OASIS that simply wouldn’t be possible in their real world.

If you fancy a taster of Ready Player One before 30th March, check out the trailer at the top of the page. Better yet, you can play through a VR experience based on the movie, using Oculus Rift.

Ernie Cline’s book was set 27 years from now, in 2045, but with the rate at which graphics processing, superfast broadband access and VR headset adoption are accelerating, who knows – we may see a virtual world like the OASIS sooner than that.

Hopefully, our real world won’t be quite as dystopian. 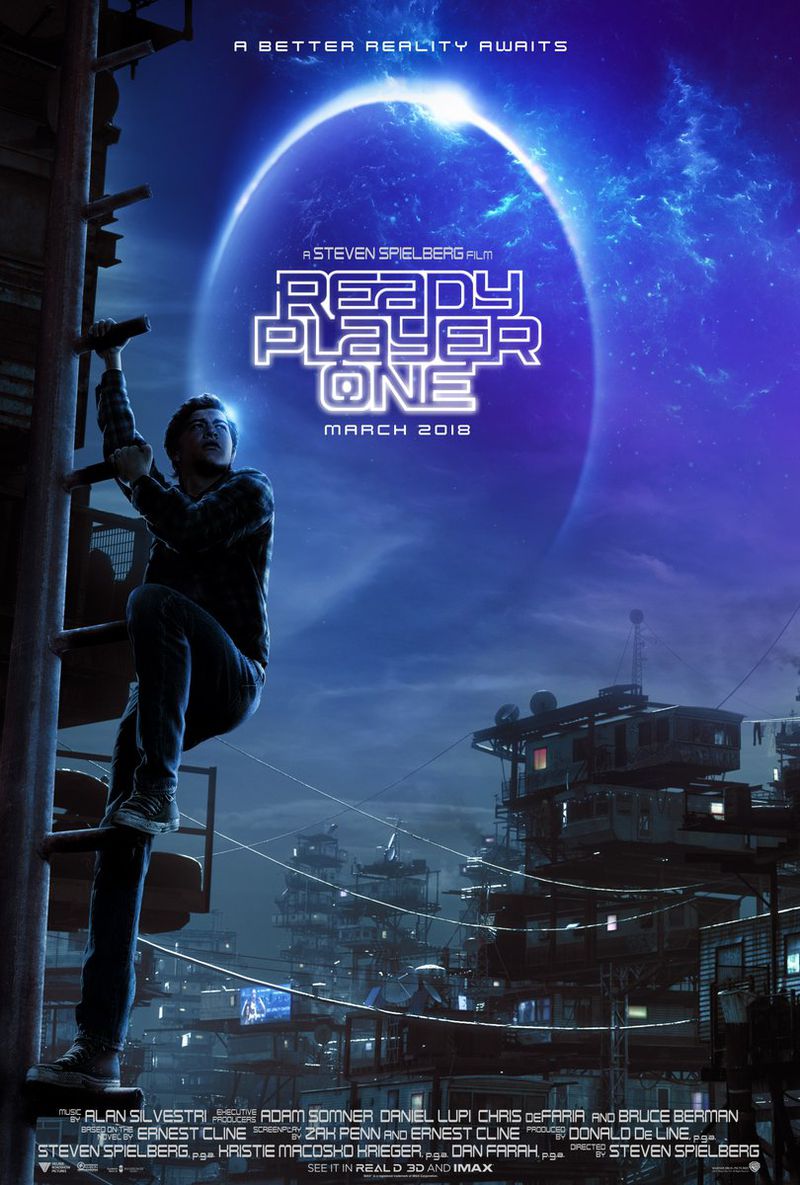