Vive Focus and Oculus Santa Cruz – The next generation of VR?

The forward march of technology never slows. As quickly as the HTC found success with the Vive and Oculus with the Rift, these relatively young tech giants are ready to follow up with new and improved hardware options.

Taiwanese competitor, HTC, are following up on their market-leading Vive and Vive Pro headsets with a brand new device called the Vive Focus. While the headset has been available in China (one of HTC’s main markets) since January, it’s only just been released to developers in the West.

Never to be outshined, US-based Oculus have also showcased their next generation device, known as the Oculus Santa Cruz. While there’s no release date slated for the Santa Cruz, Oculus have announced their intentions to have developer kits available in 2018, suggesting a late 2018 or early 2019 release to the public.

The two headsets look set to be direct competitors, offering similar functionality with the same pros and cons. They both seem to be targeting the same emerging mainstream VR marketplace. But what makes them different to the battling companies’ existing products, and why might they represent the next generation in VR? 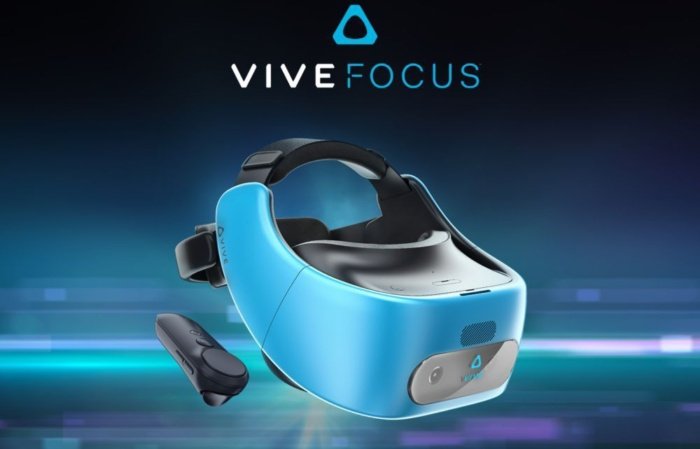 What makes these two new headsets different to the previous generations is that the Focus and Santa Cruz both utilitise on-board computers to offer VR experiences without the need to connect to a PC or sensors. This is a big deal and addresses one of the major pain points with existing systems. In short, the whole kit is contained in the headset alone, unlike existing kits.

As well as an on-board computer to run the apps, the headsets also include on-board sensors which allow the standalone equipment to track head movement and room scale. This removes the need for separate sensors positioned in your room, which can be a turn off for casual fans.

While there’s no doubt that a VR headset with no sensors and cables will be welcomed by beginners and seasoned VR fans alike, there is a slight catch. Without a high powered PC to connect to, all processing has to be done by the respective headset’s on-board computer. More power is required inside the headset, which will likely add some bulk and weight. To counteract some of those computational requirements, specs will be lower than on the latest headsets that are tethered to the PC. 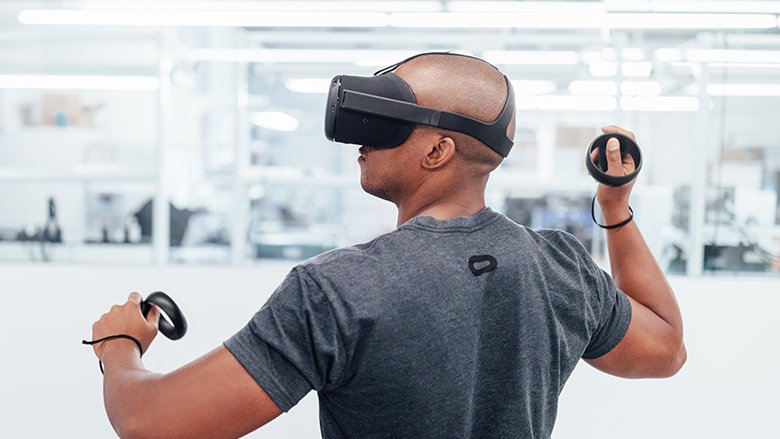 For example, the Vive Focus uses one screen (divided in two), where the Vive Pro includes a single screen for each eye, resulting in an overall higher resolution image. The Vive Pro also has a higher refresh rate.

Features such as being able to connect to your HTC smartphone with the Vive Focus show that these headsets are being aimed at a wider audience than just tech enthusiasts and gamers, so perhaps top-of-the-range specs like those of the Vive Pro were never going to be important selling points for this product.

Bringing VR to a new audience

The standalone nature of the two headsets offer a myriad of advantages to the user.

Firstly, the cost of getting involved is significantly reduced because you don’t need a tricked out computer with the latest Nvidia graphics chip in order to play. VR gaming is much more portable with the new equipment, which is likely to suit people who don’t necessarily take their VR gaming seriously enough to warrant a permanent setup for their PC and sensors, or those who simply don’t have enough space in their home.

The new hardware is much more beginner friendly because there are no sensors to set up and no cable attached that could see an over-excited first timer pull their laptop right off the desk. By simplifying the hardware in this way, both companies have created a version of their flagship VR setups that is more accessible and encourages more widespread adoption from the mainstream.

These new headsets will also be great for demos, events, education, training and any other situation where the people using the headset may not be familiar with VR and would appreciate a more user-friendly experience.

HTC and Oculus have up until now focused on the goal of creating excellent offerings for the tech enthusiast and gaming demographics. That makes total sense, as these hungry consumers enjoying being on the bleeding-edge of tech are the most likely people to buy the product and evangelise the platform.

With these new devices, however, both companies are proving that they are ready to invest in simplified experiences with the new target of making their technology more interesting, accessible and useful to the general public. These tech titans are striving to take VR mainstream and permanently change the way we interact with computers.

For those of you keen to try out this next generation of VR tech, keep an eye on our VR hire page, as we’ll be offering both headsets as soon as they are available in Europe.