The Oculus Quest is part of a new generation of untethered VR headsets where the computer that powers everything is built directly into the device. The headset also contains 4 depth-of-field sensors that make motion tracking possible without the need for setting up external sensors around your space.

No cables to connect and no external sensors to set up makes for a user-friendly device that is perfect for use by people who want the simplest experience possible, are less confident with tech, or who simply require portability from their virtual reality hire. 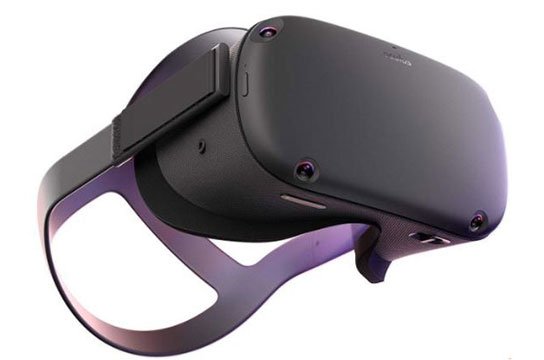 What comes with my Quest Hire?

We provide Oculus Quest with its excellent carry case, keeping everything in place and the headset safe. We can also provide Google Chrome cast devices allowing you to cast the Quest onto a nearby TV Screen, useful if you want to catch the attention of delegates at a show or conference, (good wifi signal required).

We can create bespoke content for your Quest Hire

We are also a content creation company and can create experiences for your quest hire, working with a range of large international companies we have able to create content tailored to clients events or exhibitions. We also have our own VR content we have created, so we may have off the shelf Quest experiences that you can use for your VR event which would be more cost effective for you for organisations with a tighter budget.

Why is the Quest different?

Featuring a convenient tetherless design, this headset allows the user to play cable-free and without connection to a PC or other additional hardware, as all of the computational power is built into the device itself.

With no need for external sensors either, it offers a true ‘set it up anywhere’ approach. Instead it comes equipped with six internal depth-of-field sensors (otherwise known as ‘six degrees of freedom’) for no-hassle movement tracking. The system can automatically sense the space that the user is in and adapt to it, meaning the headset can be used in rooms of varying sizes with minimal setup.

The Oculus Quest also has four wide-angle cameras mounted on the front of the headset, which are used to track the position of the wearer’s hands and ensure that movements are translated quickly and effectively. Up to five different layouts can be saved onto the system, allowing the user to move between rooms, if necessary, without having to recalibrate the headset each time. 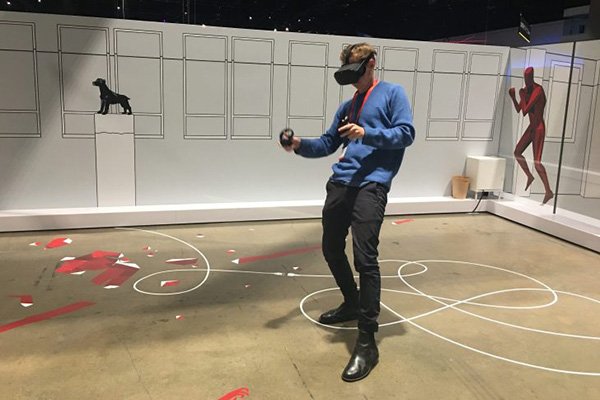 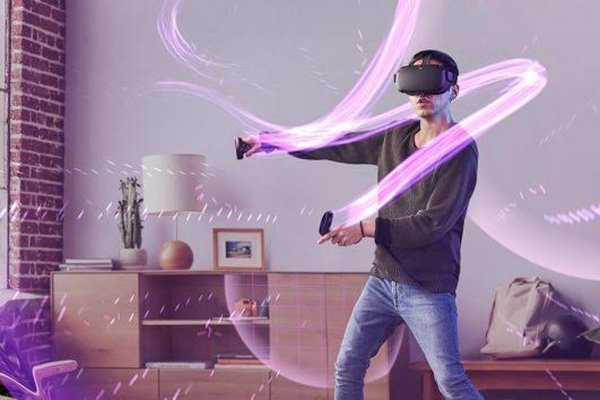 The device packs plenty of power for a standalone system, making full use of its Qualcomm Snapdragon 835 chip set, and is more than capable of running popular VR titles previously only available on wired headsets flawlessly and with high resolution graphics. You get a choice of either 64GB or 128GB of storage space and for sound, there’s positional audio equipment built in, so it can be used without headphones.

It comes equipped with a pair of Touch controllers with designed to deliver ‘hand presence’ – the sensation that the hands you see in the virtual world are fully in tune with your own. With tracking strips placed above the hands – rather than below, like on the Rift – movements are more easily picked up by the head-mounted cameras, leading to high levels of accuracy.

This is the first VR headset that allows users to stream what they are viewing to another device, such as a smartphone or TV, through its innovative ‘casting’ feature. With the Quest, it is now easier to share VR experiences with others than ever before.

Oculus products are known for being among the most comfortable on the market, and the Quest is no different with it three snugly-fitting head straps. Despite being heavier that than both the Go and the Rift, this new addition to the brand’s line-up can be played for long periods without becoming cumbersome. A battery life of two to three hours also helps prevent any unwanted charging interruptions.

This user-friendly device is perfect for people seeking a simple VR experience, customers that are less confident with tech, or those who have portability as one of their main virtual reality hire needs.

Oculus Quest was released in May 2019 on the same day as the company’s other new headset, Rift S, with more than 50 launch titles to choose from.

So if you’re interested in hiring the most talked-about VR product currently on the market, get in touch today.