The Oculus Rift S system includes a comfortable virtual reality headset and is a premium offering alongside original Rift and the HTC Vive system. Excellent quality software is available with the Oculus system through the Oculus store.

We also include the latest Oculus Touch Controllers with Oculus Rift VR Hire. There is no need for sensors as they are incorporated into the headset.

All the equipment is included, and we do not charge extra for items such as headphones as speakers are built into the headset. This headset follows on from the original Rift, boasting higher resolutions and a streamlined user interface. It truly is a plug and play experience.

Our Rift S hire will require a PC or VR laptop which we can provide, please contact us to discuss your PC specs if you wish to run the VR headset on your own PC.

This is a much simpler set-up than the HTC vive and for most applications we recommend the Rift-S or the Rift. Set up is relatively quick and the laptop running Rift S can be connected directly to a display screen or projector with an HDMI input. So for VR events or exhibitions you can attract the curious and the interested with what is happening on a large screen.

This is a roomscale headset meaning that users can walk around a VR environment to explore and with the touch controllers can pick up and interact with their VR experience. 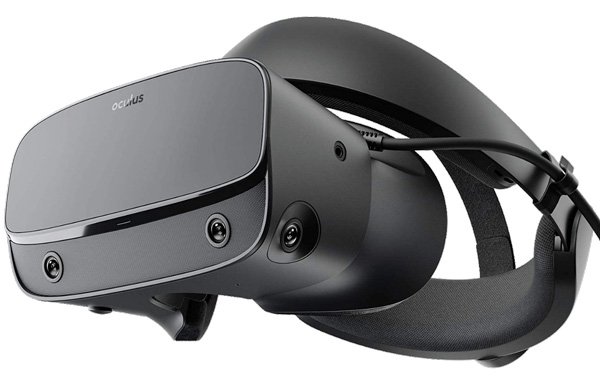 The Oculus Rift S is the newest addition to the Rift family from Facebook owned company Oculus, presenting a PC powered VR experience without the need for sensors placed in the room. Priced at £399 (or $399), there is no significant price increase or decrease in comparison to the other current oculus offering, the Quest. The main expense as we know with these headsets is in the PC hardware needed to smoothly run the experience. The Rift S is no different, with a minimum of 4GB RAM and 2GB video RAM needed to run at very minimum settings, for a comfortable experience I would at least double those values.

The market for VR is ever growing, but VR headsets are still a niche product. Due to this we can assume any upgrade to the Rift platform would have a smaller consumer audience compared to other tech launches, but for those in the scene the Rift S will be a more than adequate addition to the arsenal. Bringing the improvements of the Quest with the PC powered force of the Rift. So for those looking to play the more power hungry games on the market, the Rift S is the choice to make over the Quest, coming in very handy when taking into account the intriguing array of Oculus exclusive titles, such as Stormland or Asgard’s Wrath. 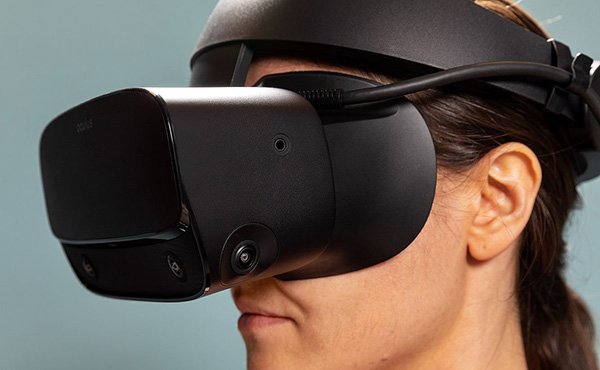 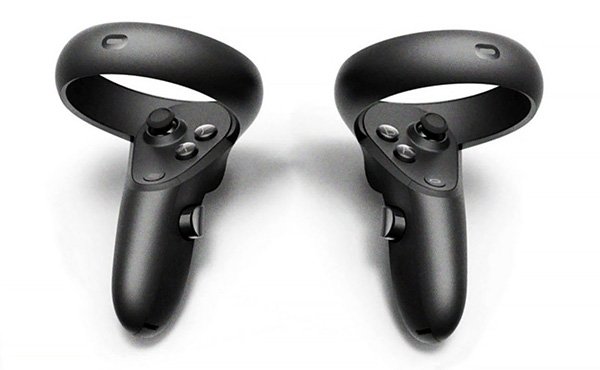 As far as the headset itself is concerned, it’s a very sleek and well designed piece of kit, the sensors are integrated into the front of the headset. There are 5 IR cameras in comparison to the Quests 4, giving a little extra leeway when moving your hands out of direct view. Instead of having wide angle cameras on the corners of the headset, such as the Quest has, the Rift S 2 front; 2 side; and 1 on top of the headset. Allowing for a wider range of movement compared to the Quest. The fitting is also much easier than the standard rift, doing away with the Velcro and instead opting for a tightening and loosening wheel on the back of the headset, allowing for multiple people to use the headset in quick succession or easy adjustment without having to take the headset off. The main caveat of the Rift S in comparison to the Quest is of course… that wire! The wire connecting the headset to the PC does tether you to a smaller play space, unless you own a backpack PC in which case you’ll have the best of both worlds. The wire now ends in 1 USB and 1 display port, leading to much easier cable management, which is always desired. Another difference is the omission of the manual slider for the distance of the lenses, instead opting for a software menu where it can be adjusted, I however didn’t find this to be a problem when using the headset as it worked great straight out of the box. As well as this they have done away with the speaker pads and instead opted for the directional speakers built into the housing. I found these to be of good quality and allowed me to hear some of what was going on around me when needed.

The controllers are the same as the ones that are sipped with the Quest, an evolution to the original touch controllers, the main difference is the moving of the sensor loop from under the controller where the front trigger is, to the top. I found this to be more ergonomic and easier to pick. Aside from this I found no problems with the controller with no connection problems, and only not being recognised when I held them way out of view of the headset.

The screen resolution, at 1280 x 1440 pixels per eye, is more than the originals 1200 x 1080, however this is not as many as the Quest. The screen refresh has seen a downgrade from 90hz to 80hz. Which some have said allows them to see some screen flicker inside the headset that was not seen in the Rift. While I could not notice this myself, I can understand that some have more sensitive eyes when it comes to refresh rate. So, it will matter on a person by person basis. The user interface and the Home feature is much welcomed from the Quest, as well as many of the quality of life changes as well. For sure improved over the original’s features.

Overall, I can say that the Rift S is a worthy successor to the Rift, allowing for less cables and sensors cluttering stations. I believe that to play the newest and most power intensive games available today, the Rift S stands head and shoulders above the original. But I believe that this is the pinnacle of the first generation of VR headsets. To which I say I’m more than excited to see what oculus and their competitors have in store.